Published on January 26, 2014 by Paul Hickman in Voice of Albion 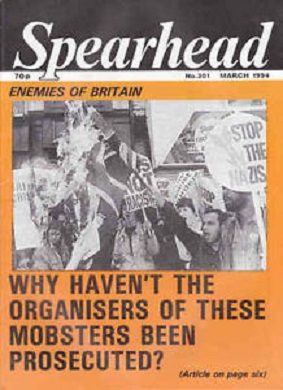 • The Truth is no Defence

• We have taken in refugees to Britain from Poland, Hungary and the Baltic States. None of these have needed Positive Discrimination or have caused riots.

• Enoch Powell’s career advancement came to an end in 1968 when he spoke out against the immigrant invasion. He ended his career on the back benches.

• A conspiracy is at work when there is an organised and deliberate attempt to conceal even part of the truth. John Tyndall