Rodney Martin has gone beyond the pale, part 1 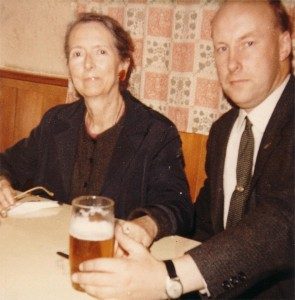 Published on December 14, 2013 by Carolyn in Saturday Afternoon with Carolyn Yeager

Published on December 12, 2013 by Carolyn in The International Jew Study Hour

The Murder of Mary Phagan – Part 1

Published on December 10, 2013 by Tanstaafl in Age of Treason Radio

Mary Phagan was a young girl who lived in Atlanta, Georgia. A hundred years ago she was bludgeoned, raped and strangled to death five weeks before her fourteenth birthday in 1913. Leo Frank, a jew from New York who was the superintendent of the National Pencil Company, was indicted and tried the crime. Though Frank was convicted, the governor of Georgia commuted Frank’s sentence to life in prison. A little less than two months later 25 men, who called themselves “Knights of Mary Phagan”, took Frank from the state penitentiary to Marietta and with a rope hung him by his neck from a tree. (This overview is derived, with some additions, from Little Secrets – The murder of Mary Phagan and the death of Leo Frank.)

At the time the Frank prosecution was called “the trial of the century”, but Whites today, including myself, are woefully ignorant of what it was all about.

In this podcast and the brief series which follows I’ll examine the context and ongoing reverberations of this historic murder, trial and lynching, with a particular focus on what this reveals about relations between Whites, jews and blacks – then and now.

The “Little Secrets” article concludes with an interesting, but probably little-known link between the Phagan murder and the rebirth of the Klan in 1915.

A few months after the Frank lynching, on Thanksgiving evening, some of the Knights of Mary Phagan, along with a number of other men (34 in all) burned a cross and read from the bible atop Stone Mountain, east of Atlanta, and declared the founding of the Knights of the Ku Klux Klan.

The Birth of a Nation, first screened in 1915, is most often credited with this rebirth. The Wikipedia article describes it with the usual jewish distortion, twisting history to fit their anti-White narrative:

The film was a commercial success, but was highly controversial owing to its portrayal of African-American men (played by white actors in blackface) as unintelligent and sexually aggressive towards white women, and the portrayal of the Ku Klux Klan (whose original founding is dramatized) as a heroic force.

The film is also credited as one of the events that inspired the formation of the “second era” Ku Klux Klan at Stone Mountain, Georgia, in the same year. The Birth of a Nation was used as a recruiting tool for the KKK.[9] Under Democratic President Woodrow Wilson, it was the first motion picture to be shown at the White House.

Without accounting for the jews it is not possible to understand how in the course of the past hundred years the United States went from having a White man, proud of his race, in the White House, to the mulatto-in-chief who occupies it today.

Yet many accounts of such significant events, including the “Little Secrets” account of the Phagan murder cited here, do indeed omit any mention of the jews. The article begins by noting:

To some it is the “Murder of Mary Phagan.” Others call it “The Trial of Leo Frank.”

From the point of view of the jews, thanks to whose influence in academia and corporate media in the intervening century has now come to dominate even in non-jew minds, the entire incident revolves around Leo Frank and his jewishness. In jew-centric narratives the murder of Mary Phagan is downplayed, or even forgotten. The emphasis on Frank is evident in titles like “The Leo Frank Trial/Lynching/Affair/Travesty”. The moral of such narratives is that the jew has been wrongly accused, convicted and lynched – with Frank, and the jews in general, representing the real victims.

A good example of the jewish point of view, how Frank fits into the larger jewish narrative of their history amongst Europeans, is provided by David Turner in an article in his blog “Antisemitism and Jewish Survival”, hosted by the the Jerusalem Post. An American lynching: the Leo Max Frank Affair.

David Turner was the first director of the organization Justice for the Pollards; he created Jews United to Defend the Auschwitz Cemetery

Introduction: The trial and murder of Leo Frank stands in stark contrast to the outcomes of those other contemporaneous antisemitic outrages, the “trials” of Menahem Beilis and Alfred Dreyfus. In the end Russia and France, however reluctantly, recanted and their victims survived. Not so the American Jew. This incident illustrates the depth of antisemitism present in the United States for decades preceding the First World War, a level that only intensified after that war, and continued to do so through the Second World War and beyond. It was this same antipathy towards Jews, endemic to Western culture, that resulted in America violating its long tradition of refuge as last resort, at least when it came to Europe’s Jews fleeing the Holocaust.

Continued Revision of Holocaust History IS Relevant: What to Do About It

Published on December 10, 2013 by Carolyn in The Heretics' Hour, Uncategorized

Published on December 8, 2013 by Paul Hickman in Voice of Albion 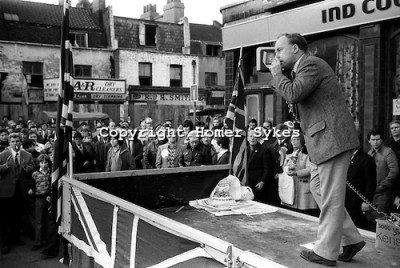 • John Tyndall and A.K Chesterton bring the various groups together to form the National Front

The Problem With “Nice”

Published on December 7, 2013 by Carolyn in Saturday Afternoon with Carolyn Yeager

Published on December 5, 2013 by Carolyn in The International Jew Study Hour

Published on December 4, 2013 by Tanstaafl in Blog

Once again the White Network wishes you and yours a very white Christmas and happy New Year. Between December 4th and the 27th we’ll be running a special program that we first ran last year. The following festive, seasonal music will be broadcast each Wednesday, Friday, and Sunday starting at 9PM ET and streaming until the next scheduled program. Enjoy.

1. Deck the Halls by James Taylor
2. Hark the Herald Angels Sing by Amy Grant
3. Celtic Winter Solstice by Arthur Fiedler & Boston Pops
4. Joy to the World by Anne Murray
5. Jingle Bells by Michael Buble
6. Winter Solstice Song by Lisa Thiel
7. Silent Night by Susan Boyle
8. Carol of the Bells (for 12 cellos) by ThePianoGuys
9. Deck the Halls and Wassail Song by unknown
10. O Come All Ye Faithful by Martina McBride
11. Ring Out Solstice Bells by Jethro Tull
12. O Holy Night by Charlotte Church
13. Twelve Days of Christmas with Ernie Ford
14. Yule Song by Katerina El Haj
15. Silent Night by Michael Buble
16. Hark the Herald Angels Sing by Charlotte Church
17. What Night Is This? By Katerina El Haj
18. Winter Solstice by The Tea Party
19. Deck the Halls by Bing Crosby
20. We Wish You A Merry Christmas by Enya

(Note: There is no audio download for this program – please tune in via the MP3 Stream.)

Comments Off on 20 Christmas and Winter Solstice Songs – 2013